0
1.2K Views
0
Warning: json_decode() expects parameter 1 to be string, object given in /nfs/c05/h04/mnt/82736/domains/gcnarratives.com/html/wp-content/plugins/posts-social-shares-count/classes/share.count.php on line 66
0
Shares

At the age of 12, I experienced and saw the signs on the water fountains in Eutaw, AL on the courthouse square that read “whites only”. I also witnessed at the restaurants in Eutaw that the whites were only allowed to come in the front of the front of the restaurant and the blacks to get their food in back. I was 15 years old. I didn’t know about segregation [until] after experiencing these actions. I joined the SCLC (Southern Christian Leadership Conference) junior core. After a year I became the leader of the SCLC of Greene County. Martin Luther King Jr. came to my house on three occasions. One occasion was to organize the march in Eutaw, AL in 1965. The second occasion was for voter registration in the community. We organized the march and the sit in. That same night, Martin Luther King Jr. preached at First Baptist Church of Eutaw, then joined us at our house for dinner. Two other civil rights Leaders joined them, Mr. Hosea Williams and Ralph Abernathy.

The third time Martin Luther King Jr came to my house was to organize the 20 Mule Team, which was the march from Birmingham to Montgomery, AL. This march also went through Selma AL. During the march a little girl was killed a horse stepped in her chest. After the march at the bridge they went to the church in Selma. Thousands of volunteers came from the North. One was Viola Larusoe she was killed the day of the march.

In 1966, me and five other black kids were denied to attend Greene County High School. They had to get a Federal Court order to integrate the schools because blacks were not allowed. Only four of the black students showed up; Harold Brown, Louise Jolly and Gilda Jowers, and myself. They also graduated from the high school. The prom was stopped at the High School when the black students showed up.  This continued for two years. There were two black teachers and six black students at the school during the Civil Rights Movement.

In 1966, during the Civil Rights Movement, voter registration in Greene County met with SNCC leader Mr. Stokely Carmichael. SNCC stands for Southern Negro Christian Conference. Stokley met with the Deacons for Defense from Louisiana. They were to protect [us from] the violence. Most of them were Muslims.

I met Malcolm X and Jesse Jackson and several other Civil Rights Leaders. I was a member of the youth group in Eutaw Al called the Black Panthers before the nationwide group was formed by SCLC which was nonviolent. On election night, when Martin Luther King Jr., went and got 10 Plymouth Fury III’s to go pick people up to take them to the poles to vote, I was one of the drivers, putting over 985 miles on the car in one night.

Note: George Kimbrough went on to graduate from Alabama State University in Montgomery, AL. He then joined the United States Army. Serving for 31 years, he fought in 5 conflicts; the Vietnam War, Granada, North Africa, Panama and the Persian Gulf War to protect and serve his country. 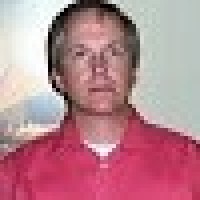